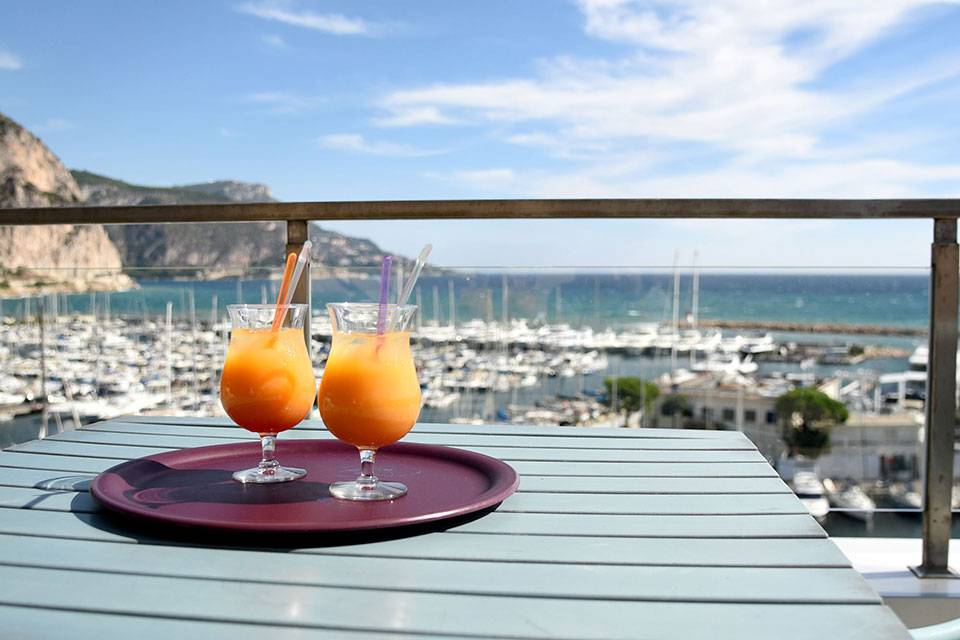 10 minutes drive from the hotel , you will find the beautiful port of   Villefranche-sur-mer .

Villefranche-sur-Mer is located about 6km (4 miles) east of the city of Nice, separated by Mont Boron, Mont Alban and Mont Vinaigrier, and 10km (6 miles) west of Monaco. The bay (rade) of Villefranche - between the Cap of Nice and Cap Ferrat is one of the deepest natural harbors of any port in the Mediterranean Sea and provides a safe anchorage for large ships. The city limits extend to the hills surrounding the bay climbing from sea level to an altitude of 520 m (1750 ft) at Mont-Leuze. The three "Corniches" or main roads linking Nice to Italy pass through Villefranche and offer spectacular vistas of the coast and surrounding hills.

Built on the terraced hills overlooking the Mediterranean Sea, the Promenade des Marinieres stretches along the waterfront of a deep-water harbour that served as the base for the US 6th Fleet until 1967, and is still used sometimes as an harbour by the US Navy. On the water's edge is the massive wall and Citadel, a fortress built in 1557 by Emmanuel Philibert, Duke of Savoy. Today, the Citadel houses the Town Hall, a congress centre, three museums, and an open air theatre.

In the heart of the old town, the baroque Italian-style Chapelle de Saint-Pierre-des Pêcheurs  dates from the 14th Century, but was completely rebuilt towards the end of the 18th Century. Having eventually become used as a storeroom for local fishermen's nets and equipment, in 1957 Jean Cocteau took on the restoration of the chapel, adding his now-famous murals. This building has been classed as a monument historique since 1990.

From the Plateau Saint-Michel, the view stretches westward to the Bay of Angels in Nice, Cap d'Antibes and the Esterel in the distance more than 25 miles (40 km) away. On a clear winter day, one may also observe the mountains of Corsica in the distance.

On the hills surrounding the town, the Fort du Mont Alban, offers an incomparable view of Cap Ferrat and the Eastern coastline as far as Italy.